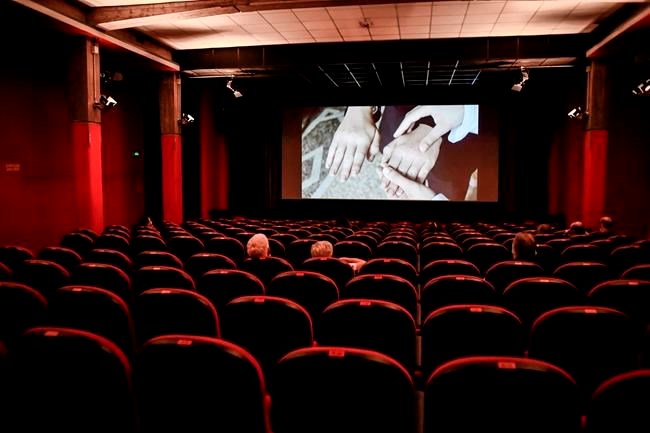 And even if they were relaxed, a strong majority wouldn't be comfortable taking part in activities that would bring them closer to other people, like going to a movie theatre.

Sixty-six per cent of respondents to the poll, conducted by Leger and the Association for Canadian Studies, said two metres should remain the safe distance kept between people, as recommended by Canada's public health ities.

Just 12 per cent favoured reducing the distance to 1.5 metres, as is required in many European countries, and only 10 per cent favoured a reduction to one metre, the minimum recommended by the World Health Organization.

If the physical distancing rule were reduced to one metre, just 40 per cent said they'd be comfortable dining in a restaurant, 28 per cent going to a movie theatre, 24 per cent to a gym and 21 per cent to a bar or night club.

"It's difficult for Canadians to now suddenly start to be convinced that it's OK to make that a closer distance."

The online poll of 1,521 adult Canadians was conducted June 19 to 21. It cannot be assigned a margin of error because internet-based polls are not considered random samples.

Canada's chief public health officer, Dr. Theresa Tam, said Tuesday that she and her provincial counterparts are constantly reviewing their recommendations for safe physical distancing but, for now, agree that two metres should remain the rule.

"The two-metre distance is based on the usual sort of way droplets that are emitted from people, if they're coughing or sneezing et cetera, fall to the ground or fall on top of someone else," she said.

"The bottom line is that one metre catches a whole bunch of droplets. Two metres, there will be more droplets that you may be able to avoid if you kept the two-metre distance."

Enns said the reluctance to get closer with their fellow Canadians reflects a "very persistent level of anxiety" about the deadly new coronavirus that causes COVID-19, despite a steady decline in the number of new cases in Canada.

Just 43 per cent of respondents said they believe the first wave of the pandemic is over and 74 per cent think there'll be a second wave, according to the poll. And 51 per cent said they are very or somewhat afraid of contracting COVID-19.

Forty-two per cent said they believe the worst of the crisis is over but an equal number said we're in the worst of it now or the worst is yet to come (10 per cent and 32 per cent, respectively).

Almost half (46 per cent) said they find it very or somewhat stressful to leave the house and go out in public.

All those measures of continued anxiety about COVID-19 are likely contributing to people saying "I'm not going closer than two metres because this thing's not over," Enns said.

Canada staging a practice run for COVID-19 vaccine delivery
Dec 7, 2020 6:49 AM
COVID crackdowns and Meng back in court: In The News for Dec. 7
Dec 7, 2020 4:13 AM
A look at what provinces and territories have said about COVID-19 vaccine plans
Dec 7, 2020 1:44 AM
Comments
We welcome your feedback and encourage you to share your thoughts. We ask that you be respectful of others and their points of view, refrain from personal attacks and stay on topic. To learn about our commenting policies and how we moderate, please read our Community Guidelines.